The ’90s were often restricted to golds and silvers. 2017 however, offers a plethora of metallic colours. MAC’s new Metallic Lips collection boasts of 18 shimmery hues ranging from copper to sapphire. Unlike their predecessors, these lipsticks are pigmented enough to be used as a stand-alone product. 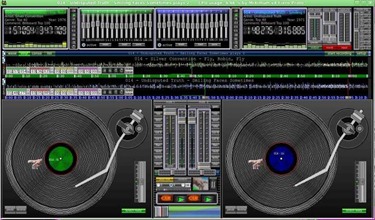 Royal Hour is a deep royal purple with blue pearl.

Anything Once is a blackened blue with multi-colored pearl. Metal Head is a blackened purple with multi-colored pearl. Ok so really most of these aren’t “metallic” in the way that I think of metallic nail polish. They are more glittery/shimmery/multi-dimensional. None of them are particularly pigmented, they are one the more sheer kind of dry-ish side and can take a few swipes to really show up. They are a bit buildable. They don’t have a gritty texture even though they are very shimmery, but they definitely aren’t as smooth and hydrating as some of their other formulas. I do like the variety of shades represented and the darker ones are really cool looking in person. I probably wouldn’t ever wear these on their own as they aren’t pigmented enough for me, but definitely would wear them as a lipstick topper! The MAC Metallic Lipstick Summer 2017 collection will be available March 23rd and they are $17.00 each. Are you seeing any shades here you want to pick up?

These features allow you to use or author your own Excel workbooks and Word and PowerPoint output reports. You administer the features via the Admin Console (part of the add-in).

The following post may contain PR samples (denoted by asterisk *). This site makes use of affiliate links, which means this blog makes a small commission through clicks and purchases (at no cost to you). See for details. I absolutely love MAC lipsticks. Their color range is insanely huge, and they’re always releasing new, trendy shades. MAC sent me 8 of the 18 that are set to release today, June 22.

There are a ton of fun colors, from bold to surprisingly wearable. I’ve put these lipsticks to the test, and of course I’m not disappointed!