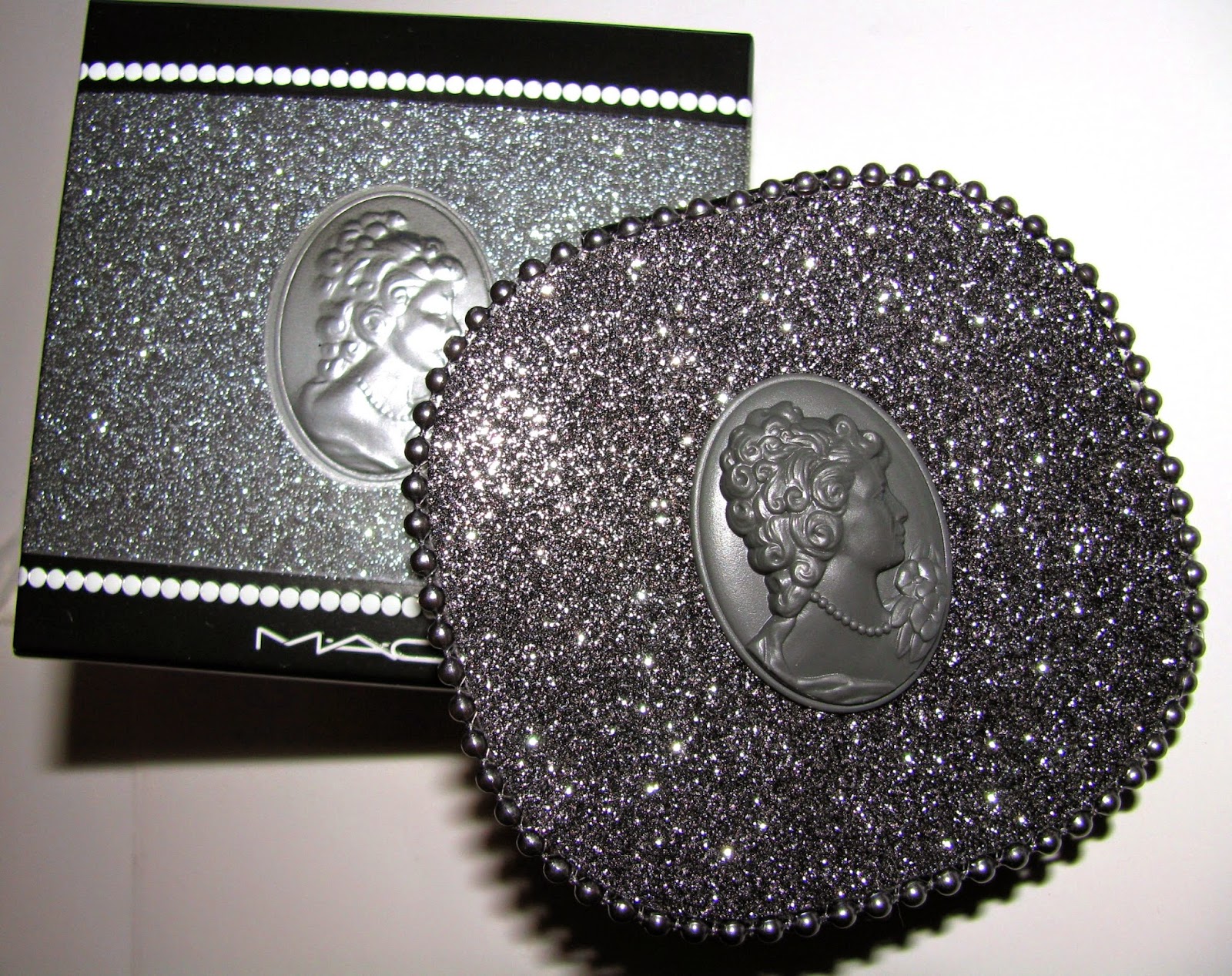 In high school, I always asked for a lipgloss set for Christmas. For me, it was a simple but essential gift. I’d have a tube to keep in my car, locker, and bathroom.

Plus, who doesn’t run out of makeup at the end of the year? For some reason, this was the gift I’d always open first. Every single year. Obviously, beauty and Christmas go hand-in-hand for me, which is why I'm so stoked for. Looking back, it was a weird tradition, but so many brands offer holiday beauty gifts, so it’s hard not to get into the spirit. And what is MAC rolling out this year? Red lipstick!

Dark eyeshadow! So much glitter. In typical MAC fashion, they promise dark green and purple colors that are not made for your Grandma. After all — a company with a isn’t going to stick to a neutral shadow. The holiday season should be a time to have fun with your beauty routine. I usually stick to the essentials, but it’s always fun to add a touch of sparkle. It is Christmas, after all.

There’s no reason why your tree should have more sparkle than you. Plus, we have to figure out some way to look cute at ugly sweater parties. Sure, it may be a tad early to start thinking about the holidays (looking at you, Kmart Christmas commercial on my TV right now) but since everything rolls out so early nowadays, why not spread some festive cheer? Hey, maybe it’ll bump us up on Santa’s nice list.

This year's offerings are split up into three parts. First, there's the Heirloom Mix, which is most similar to a regular MAC launch, with eye shadows, lipsticks and glosses, liners, blush, nail polish, and loose in deep reds, jewel tones, and sparkling metallics.

You know how in recent months I’ve been complaining (at times) about my writing being a little off? I mean, somehow my writing brain is back now and I’m able to string together proper and acceptable (by my standards) sentences but there’s this fleeting thought that it’ll crumble again and I’ll back to that sputtering self where whatever I write is just missing something. But let’s not think about that now in case I am willing it to happen again. Though do you know what else seems to be missing a little something?

The MAC Face Palettes for the Holiday 2014 Keepsakes Collection. It’s quite a bold thing to say, I know, that this palette seems off but I just can’t help but get that vibe from it. In many aspects, it’s really pretty and quite thoughtfully put together but something just doesn’t sit right with me and I can’t place my finger on what exactly is off about it either. Though before I get to that, here’s a background about its place in the massive MAC Holiday 2014 collection. Rolling out with products to cover you from the eyes to lips, cheeks and all, MAC had 2 Face Palettes within the Keepsakes collection and I have the Smokey variant to show. The other Face Palette is in Natural and it’s quite an earthy neutral mix of browns, leaning towards the warmer scale. It’s quite pretty actually but I do like the dimension found within the Smokey Palette as well.

I just wished the quality was a little more even across the board because what I found here is that the eyeshadows (while a good color mix for they classic smokey eye look) were a little dry to the touch. The best performer amongst the shadows was Carbon but that’s a loved permanent MAC matte black shadow anyway. Check for updates skype app.

The other 2 eyeshadows within – Filament (light silver) and Aristocratic Aura (mid-silver-grey) – weren’t particularly eventful or inspiring when swatched. They imparted pigment quite okay though it felt a little dry and fallout was inevitable. Yes, I misspelled Aristocratic Aura. Move along now;P Though if you really want this because of the packaging then it’s consolation to say that it’s not that bad and you can still work with the shadows to create a look. Albeit a little more patting and blending is required but if you’re willing to do that, then why not. The other items within the palette are a little better, I felt, especially the Born to Dazzle iridescent powder which I’ve come to like. While it looks rather shimmery and intimidating in the pan, and somewhat sparkly when swatched on the hand, it actually wears well on the face.