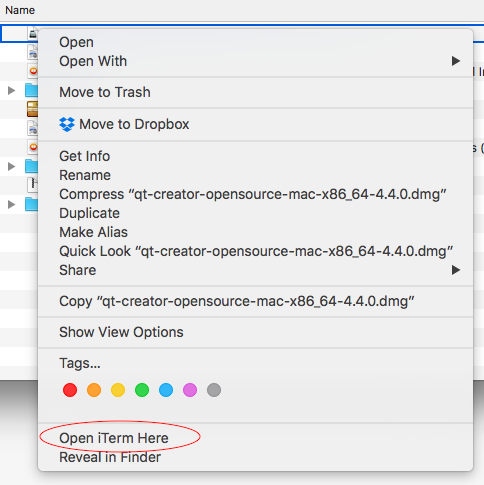 The macosxhints Rating: [0 to 10 lights; 10 = perfect!] • Developer: Ujwal S. Sathyam [] • Price: Free [open source]iTerm was noted in a, but I feel it's worth a bit more exposure than that. ITerm is a terminal replacement program that supports multiple tabbed windows within one primary window, as seen here: If you wish, you can see a (172K) of the image. Using tabs, you can quickly jump from one task to the next (and there's a keyboard shortcut to making cycling both directions quick and easy). The tabs themselves also provide information on the status of each terminal window -- the two red tabs in the screenshot indicate that the particular window has new information for me to see or act on; the active tab is highlighted in blue. As noted in the comments to the original article, you can use screen to effectively do the same thing. However, as a visual person, I like to be able to see the numerous windows at a glance, and not have to cycle or run a command to see what's happening.

One additional feature of iTerm that you can't replicate in screen is that each tabbed terminal can have unique colors for text, background, and selection, as well as unique transparency settings (note a portion of the desktop image showing in the screenshot). You can also add opened windows to an 'Address Book,' making it very easy to re-activate the program and settings you have in place. It's also a Cocoa application, complete with a customizable multiple-size toolbar (I've reduced mine to text-only in the screenshot). ITerm isn't perfect; it may have troubles with programs that don't use the standard character set, and it's quit on me a few times in the 45 days I've been using it.

However, for me, it's a nearly full-time replacement for the Terminal. It's also got a great set of features if you find yourself using multiple terminal windows relatively often (and you're not a full-time UNIX user with tons of experience using screen). Give it a look if you're interested in tabbed terminal windows; at worst, you'll be out a few minutes of your time.

I used screen for a while before iTerm was available. If you're good with the keyboard and you either remap your caps lock key or use a Unix-style keyboard with the control key in the right location, you can work very efficiently with screen. This is the.screenrc that I use: startup_message off caption always '%w' shelltitle 'hostname' This turns off the annoying splash screen at startup, forces the window list to always appear at the bottom of the screen, and sets the default name for new windows (you have to replace 'hostname' with the name of your server). Screen has some advantages over iTerm: • faster operation from the keyboard • the ability to detach from a running session and reattach later • split screen (multiple terminals in the same window) • shared terminals iTerm has some advantages as well: • scroll back and forth with the mouse wheel • xterm titlebar support for windows and tabs • switch terminals with the mouse iTerm is a great Terminal replacement, even if you use screen and only open one tab, and screen is great for doing things that iTerm isn't capable of. Jafager [ ].

I suppose this really belongs as a separate hint, but what the heck. Once you have something checked out with CVS, you can find out what versions are available. Examine an 'important' file, like 'README', 'configure', 'Makefile' or 'Makefile.in'. It just has to be a file that is likely to have been around for a while. Now do: cvs status -v README This will show the 'tags' available on that file. Now you can re-set your code to a named tag by doing: cvs update -rTAGNAME If you knew the tag name in advance, you could have used '-rTAGNAME' on the 'cvs co' command instead.